According to a report by Jon Peddie Research, the discrete graphics card market has seen a massive shift in value and product volume over the past year, in favor of consumers. Discrete graphics card shipments from AIB partners have escalated significantly, with JPR reporting a massive 32.2% year-over-year gain in overall shipments from both Nvidia and AMD. At the same time, the AIB market value dropped by $4 billion from $12.4 billion down to just $8.6, because of lower GPU prices this year.

This is good news for consumers, and means prices should continue to fall until they hit MSRP. The start of 2022 marked the first time in eight quarters that average selling prices (ASPs) of AIB partner cards finally began to drop.

JPR sees a bright future for the graphics card market and estimates it will grow from $46 billion right now to $57 billion by 2025, thanks to Intel’s entry into the AIB partner market by 2023. This is despite the current market’s drop in value from over the last quarter.

This hiccup is a result of the massive cost inflation of graphics cards we saw in 2020 and 2021, with the market now recovering rather quickly in 2022 from these super-inflated prices. But if JPR’s predictions are true, the market will fully recover and regain all that value through GPU shipments instead. Again, this means GPU pricing should stay comparatively low as many many more graphics cards hit store shelves.

Market share between AMD and Nvidia has also shifted over the course of the past year. in Q1 of 2021 AMD had a 20% market share in the discrete GPU market, with Nvidia at 80%. In Q1 of 2022, market share shifted towards AMD a little bit, with AMD now at 24% market share and Nvidia at 75%. This isn’t a massive shift, but it is a rather big one for AMD, since the company has been struggling to gamin market on the GPU front for years.

Overall, 2022 appears to be a year of recovery for the discrete GPU market. Shipments have escalated significantly since last year, and prices have dropped drastically at the same time. This may also be a good sign that next-generation GPUs will ship at MSRP and won’t have the same supply problems as Nvidia’s RTX 30 series did at the start of its launch. At the very least, barring any major changes on the mining or geopolitical fronts, current-gen GPU prices should keep trending in the direction of affordability.

Apple CarPlay Will Integrate with a Car's Hardware - Video

Tue Jun 7 , 2022
Jun 6 2022 Services & Software Speaker 1: CarPlay is the smarter, safer way to use your iPhone in the car and has fundamentally changed the way people interact with their vehicles. It’s available on over 98% of cars in the us. What’s more, 79% of us buyers would only […] 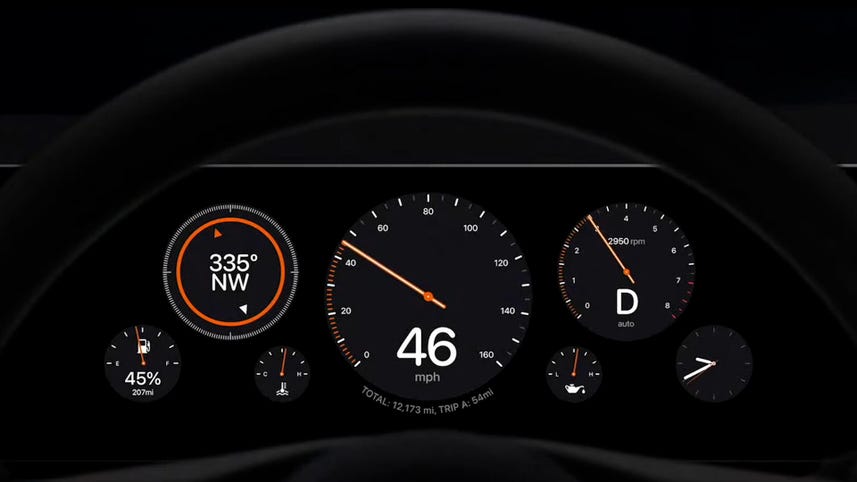